By Jennifer Benskin On August 12, 2016 · Add Comment · In Uncategorized 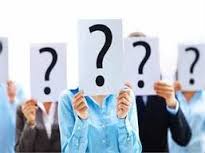 It is important to remember that labeling a worker as a 1099 or independent contractor is not a way to avoid payroll taxes. Due to the increasing frequency in which corporations are mislabeling employees as independent contractors, government agencies have become more stern with their monitoring strategies. The steep penalties that are enforced when incorrectly identifying employees as contract workers are not worth the minor amounts a company may save by not including them on their payroll. Whether intentional or not, it is important to be able to correctly identify and document independent contractors and employees.

One major test used to determine this is the “Right to Control” test. This test determines the degree of control the employer has on the employee during a given workday. A few examples of the determinations of this test include the following:

So once you have determined whether or not a contract worker would really be considered an employee, remember the Benskin & Hott offers payrolling. Payrolling differs from our interim staffing service because the candidate has already been selected and hired.  Allowing us to take over the payroll for your questionable contract workers eliminates any risk of mislabeling an employee and allows you to avoid the dreaded potential audit!!